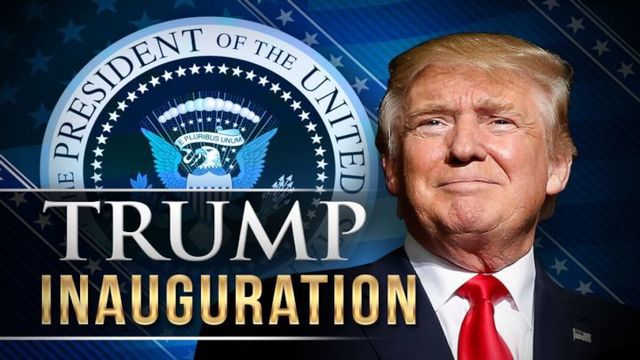 Englewood, Co.-Sophomore Petra Galabaugh knows today is important, “I mean, I personally don’t like Trump. I would’ve liked Hillary better, but, Trump is our president now, I respect that. I just hope he doesn’t make any irrational decisions.” Students and teachers at Englewood High School are marking the transition in power today. The presidential inauguration events are being discussed in classrooms and in the hallways.  “I’m not happy. I don’t approve of what his choices are. Getting rid of abortion, Planned Parenthood and birth control is something he should not get rid off,” says Thalia Rodriguez (12).

Many students at EHS wonder what the future holds, “I feel like the election was very unfair and that Trump does not deserve to be president”, says Brianna (10). Her concerns are related to immigration issues,  “All of my family is from Mexico, I feel as if we are in danger due to Trump’s racism and sexist ways.”

In classrooms all over the school, there are discussions about the ceremony, the oath of office and the peaceful transition of power. They are also talking about Donald Trump’s stances on public education, immigration, and other issues. It is a confusing time for some students, “I don’t really have anything to say about Trump because he isn’t the best and I don’t personally like him,” Jena Korinek (12). “I feel mortified. I’m concerned for the world. Everything is a ripple effect,” says Stephany Ramirez (12).

Education leaders say it is important for teachers to model respect for viewpoints, even when they are different than our own. Student Peston Asher says he finds it hard to see a future with Trump, “I think he doesn’t deserve it (the office) because for one, he’s racist, sexist, and he doesn’t deserve to be the president.”

“I really don’t care for Trump, I hope he does well because he’s our president, I really think he’s going to crash our economy,” says Aujahnae Eggleston (12th). She believes President Trump will cause issues that will be hard to fix, “Economics, insurance, a lot of health problems, and it would be harder for people to get jobs.” Teachers are leading discussions about social change and the security team is on the lookout for anything out of the ordinary on this historical day, “I’m very hopeful that everything goes very smoothly and well. Some things I agree with about Trump and some I do not,” says Officer Orion Watts.

According to edsource.org, in Los Angeles Unified, the district is calling for a “Unity Day” today, with lesson plans on environmental, social and humanitarian topics, as well as restorative justice circles and other activities.

In schools in other parts of the country, students are walking out of class. In San Francisco, walkouts are being organized by an activist group called By Any Means Necessary, which is advocating “no ‘business as usual’ until Trump is defeated,” according to organizer Yvette Felarca, a Berkeley middle school teacher.

Student walkouts, she said, have a history of effectiveness, including the Children’s Crusade, a march in Birmingham in 1963 that “set the stage for the national civil rights movement to win the Federal Civil Rights Act of 1964,” and the Latino and immigrant students walkouts in 2006 that “defeated the federal legislation that would have turned every undocumented immigrant into a felon.”

News reports in Denver find protests in the downtown area. 9News is reporting protesters are spanning about two blocks. There are national report of protesting in various cities.

In Englewood, there are no walkouts planned at area schools, but that doesn’t mean students aren’t passionate about the events of today, “I don’t really like the idea that Trump is becoming president. The country isn’t really going to be good anymore,” says Hunter Saiz (9).

Some are talking about planned protests across the country scheduled for tomorrow, “I heard that at Maddox (elementary school) female teachers are wearing a certain type of ears to protest and I think they are defending women in the women’s March because Trump is against feminism. I think the women’s March is powerful because it’s a bunch of women standing up for us and what we believe is right,” Ralyn Brown (10).