A local member of the “Greatest Generation” passes 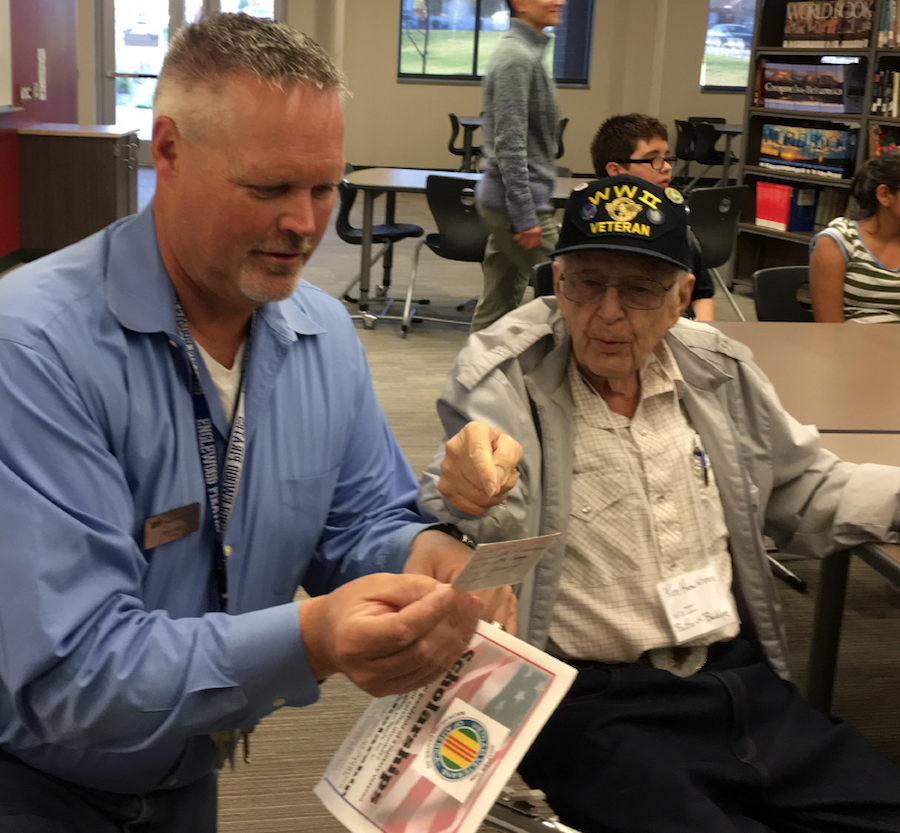 We have lost a local member of the “Greatest Generation”. Ken Haraldson passed away at 5:00 AM on April 21, 2017, at Porters Hospice.

Kay Howard, founder of the Englewood Veterans Memorial invited Mr. Haraldson to be honored each year at the TEC campus on Veterans Day, “He is someone I will never forget. Farewell to a true hero is who is now going home forever. We will truly miss you. Thank you for your service to our country and the freedom we enjoy today.”

She says she met Ken for the first time when he read his “Cowboy Poetry” at one of the Englewood Historic Preservation programs. She says he was delightfully entertaining, “Not only did he read his poetry but he talked about serving our country in the United States Army during WWII where he took part in the Battle of the Bulge. Many of his medals and awards were on display for us to see.”

Mr. Haraldson traveled to Europe in 2014 for “The Greatest Generation” 70th Anniversary. There he met up with 18 other WWII Battle of the Bulge veterans. He had his picture taken with the King and Queen of Belgium and was welcomed by crowds of Belgium citizens who were still grateful to the United States for defending their country.

Howard says she is honored she was able to take part in so many celebrations of his service, “Many of us were able to celebrate, over the last several years, with Ken and his daughters at our Englewood Veterans Day and Memorial Day celebrations. I am so glad we were able to honor him at these events.”