The shady and exciting history of Englewood, Colorado

Englewood is steeped in tradition and history, but did you ever wonder how Englewood became… Englewood? 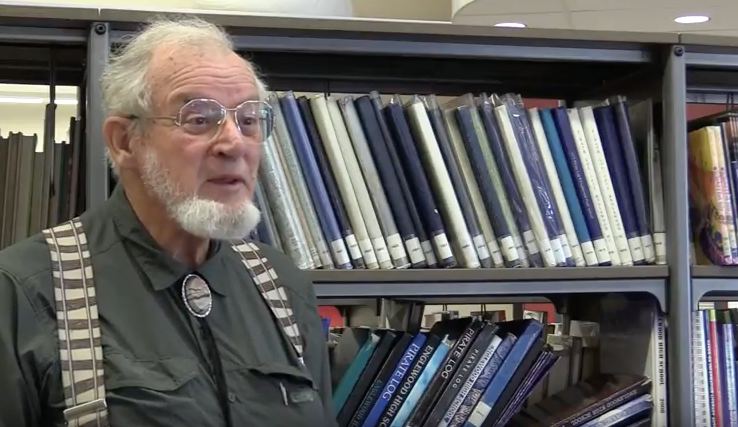 We all know Englewood is steeped in tradition and history, but did you ever wonder how Englewood became… Englewood? Its journey includes a gold rush, bars, an important election, and a little business called General Iron Works.  “You guys are some of the luckiest people in the world to be going to EHS, we have an incredible history of people who went here,”  said Doug Cohn, the program director for the Englewood Historic Preservation Society. He should know. He graduated from Englewood High in 1965. Now he’s an expert on all things Englewood, including the landscape of our history.

“The little creek, down at the bottom of the hill where the baseball field is something happened there in the summer of 1858 before the civil war that changed the course of US history.” Cohn begins as he weaves the tale of the little town next to Denver.

As he tells the tale, “some guys” from Georgia were convinced there was gold here. William Green Russell had been to California and found gold there, but he thought there was some here as well. He went back to Georgia and convinced 175 people to come. They left in February headed to what is now Englewood. It took 5 months. They set up camp at the stream and started looking.

“About two weeks, all but 13 said, this is a bad idea, there’s no gold. All but 13 left. They found 20 ounces of gold on July 20th, 1858,” Cohn said. A traveling salesman, John Cantrell, was paid in gold and traveled to Kansas City to tell everyone what they found, ”within 2 days the word was out, gold in the pike’s peak area.”

Within 6 months, 40-thousand people came across the prairie into the Denver basin, within a year, 100-thousand came here. Englewood became a city in 1903. Cherrelyn, Orchard place and Fiske Gardens west of Broadway was included, “A man named Jacob Jones owned that area. He said we need to make a city here. Lots of potential in 1903, Tom Skerritt, the father of Englewood, he built the first house, he was running for mayor. At that point, Englewood was described in the papers at 5 bars, 2 houses of prostitution and a grocery store,” Cohn jokes.

The property owner Jacob Jones made a bold declaration, “Jacob Jones said I want this to be a city where families can be and it got to be a big fight. Jones won by 5 votes,” and Cohn says, that started the building of Englewood communities. And brought in a community full of people with hopes and dreams, “I don’t know if its the water, there is a feeling in the air here at Englewood. I challenge you that if you have a dream, follow that dream, chase that dream. There is a history of a bunch of people who have come here, grown up here.”

FTD floral and the horsecar and mass transit began here. Englewood had the largest motion picture studio in the U-S making short newsreels and advertising videos. Here residents made the first manhole cover, the wheel balancing system, tools used to work on world war 2 munitions,  flood control, and groundbreaking medical supplies… All these innovative industry advances that changed the world got their start out of the minds of Englewood residents.

But one question still remains. Why and when did Englewood High School take on the name ‘Pirates’? Even Cohn is not absolutely sure, but he has an educated guess, “In the yearbooks, we were called the blue and white, then in 1940, we became the pirates, I think there might be a connection with the factory galled General Ironworks. It was the biggest employer for 50 years. And during ww2, they were called the shipyard of the Rockies.”