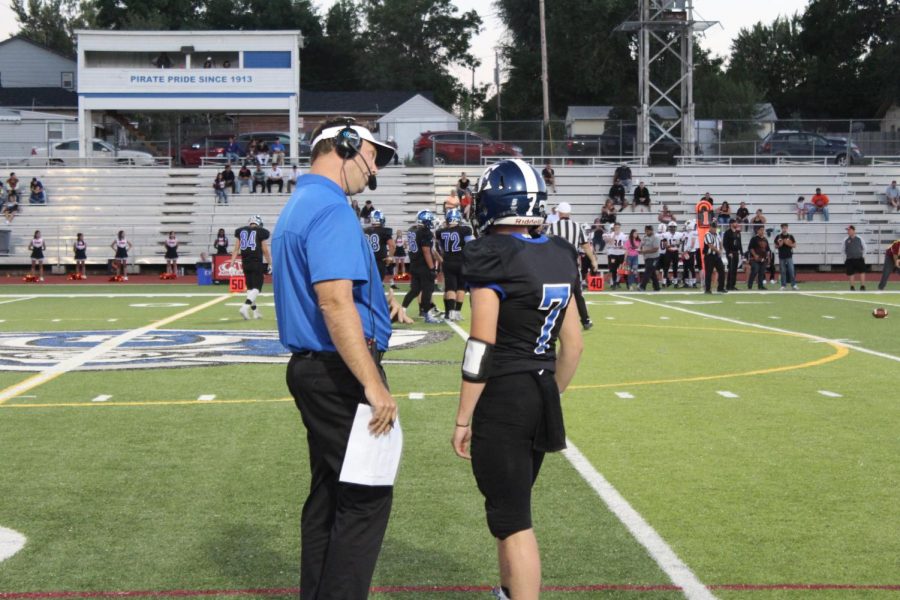 Hi and welcome to the half time show of the last regular season football game versus Ridgeview.

We start with a look back at this powerful team through history. We get this tour courtesy of an Englewood icon. Randy Penn spent decades with this football program and shares his experiences with us. Here’s Cherish Quiroz.

The Englewood band once again qualified for state and will head to Pueblo to compete. We caught up to a musician and band director Phil Emery to talk about this season. Casey Cheatum has more.

OQ: have worked hard to get this far!

Did you know many of our fellow students have their very own Youtube channels? We find out more about why students put themselves out there on the web. Here’s Yesenia Nunez.

As with any form of social media, it’s important to remember to be respectful of your own privacy and that of others.

Chaotic, fun, and a little quirky. That’s what you’ll find in Crazy Town, the first play of the new school year.  Elowyn Fahnestock gives us a behind the scenes look.

Oq: We hope you enjoy your stay in Crazytown.

The play takes place in the black box the first week in December.

It was called the “Roaring 20’s”. “Roaring” because around the country, Americans were wild. Many people defied Prohibition, sneaking alcohol, trying new dance moves and a racy style of clothing.  Here at the base of the majestic mountains of Colorado, according to the cities historical experts, Englewood saw major progress in the 1920s. Broadway was paved, a Chamber of Commerce was formed in 1921, and General Iron Works came to Englewood in 1924. Stormie Martinez tells us more.

Oq: for future residents and families to call home.

You can find out about the new housing subdivision by going to the website ironworksvillage.com.

Iron Works Village is one spot you will see trick or treaters this halloween. We take a closer look at the holiday, why we celebrate and ask, are we too old to knock of doors.

OQ: have a happy halloween.

That’s all we have time for tonight.. Time to rejoin the game. Have a safe night.